Brother Stephen Morelli, who has worked with Gumbaynggirr people on language for over thirty years was recently announced 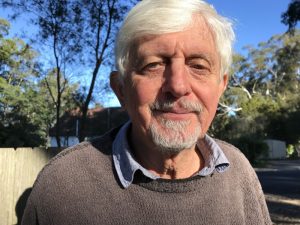 as the co-winner of the Patji-Dawes Award. This is Australia’s premier award for teaching a language other than English. Brother Steve was nominated by Gary Williams, our CEO, who, along with everyone else who learned has Gumbaynggirr in the past thirty years, learned it from him. Brother Steve started working with Gumbaynggirr Elders and others in the 1980s, before Muurrbay existed, and has been teaching at Muurrbay since it started in 1996. He is responsible for the Gumbaynggirr dictionary and grammar and was one of the editors of the Gumbaynggirr Dreaming Story collection. Congratulations Gagu!

More details about the award can be found at : http://www.dynamicsoflanguage.edu.au/news-and-media/latest-headlines/article/?id=indigenous-language-teachers-win-patji-dawes-award