Muurrbay began in 1986, when Gumbaynggirr Elders, particularly Aunty Maggie Morris, joined together to revive their language with the support of linguist, Brother Steve Morelli. They accessed old recordings of the language, analysed its grammar and produced the first Gumbaynggirr dictionary-grammar. Gumbaynggirr language classes began in 1997 and many graduates have gone on to teach Gumbaynggirr in schools and community groups. 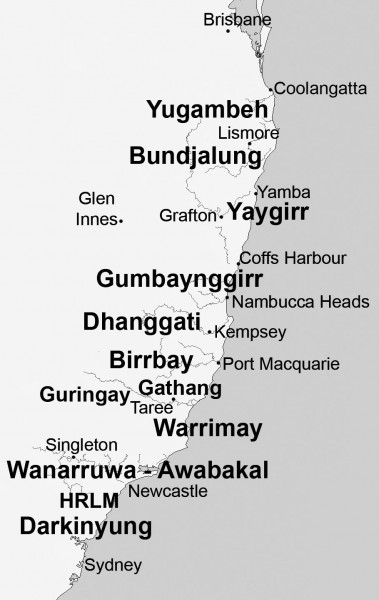 Muurrbay has four main activities: supporting the revival of the Gumbaynggirr Language, auspicing Many Rivers Aboriginal Language Centre (a regional language centre activity), publishing Aboriginal language materials and providing a community centre for all language and cultural activities, including computer and internet access and administrative support.

In 2005, Muurrbay was re-registered as a Training Organisation through VETAB. We were reregistered in 2011 (by VETAB, now Australian Skills Quality Authority) to deliver  two courses:

Many partnerships and links have been formed or are in development, including: