On Wednesday, 11 October 2017, Uncle Gary Williams and other Aboriginal elders gathered at the Parliament of NSW for the introduction and first reading of the Aboriginal Languages Bill 2017.

The objectives of this Bill are:

Uncle Gary Williams gave an Acknowledgment to Country, and Dr Ray Kelly and Barkindji man Murray Butcher spoke and sung in their languages.

This was a significant day for Aboriginal Languages; NSW is leading the way by committing to promote, preserve and support the survival and learning of Aboriginal languages. 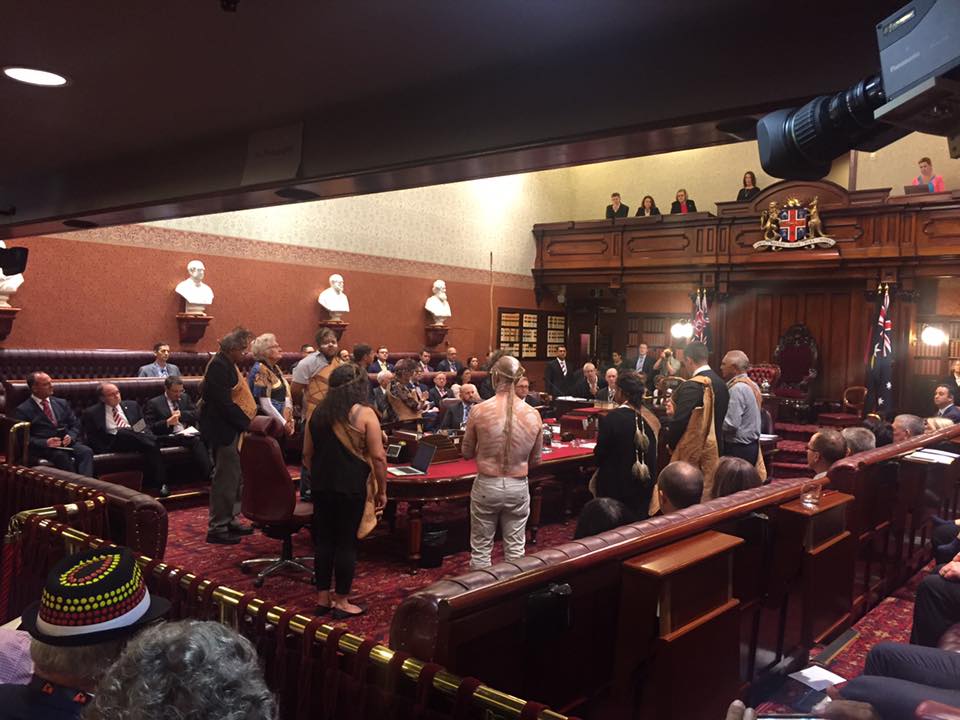