In 2004 Anna was appointed as the Co-ordinator-Linguist to establish Muurrbay’s Regional activity ‘Many Rivers Aboriginal Language Centre’. Anna was responsible for expanding Muurrbay’s role to support not one but seven languages, she established a Regional Advisory Group to assist in prioritising Muurrbay’s activities. Anna facilitated the process of the two activities joining to become a single regional language centre, and in 2014 secured triennial funding for the first time, giving Muurrbay greater security.

Some of Anna’s achievements in this time were:  Facilitating the submission of the Gumbaynggirr Certificate III to meet ASQA’s exacting specifications and negotiating with SA TAFE to licence Cert III in Learning an Endangered Language (Gathang Certificate III).   Creating a publishing wing of Muurrbay and managing the publication of grammar dictionaries for 6 of our 7 languages; plus 1 language on CD Handbook of languages of NSW & ACT Gumbaynggirr Set of 3 Barriyala workbooks Gumbaynggirr Dreaming stories collection Bundjalung DVD set of 6 Gathang animated stories – DVD

Negotiating Memorandums of Understanding with North Coast TAFE and University of Newcastle.

Building strong sustainable relationships within all the language groups. Facilitating research of languages, workshops, courses as well as publishing   Anna wrote:  “It has been a privilege and a joy to work with so many wonderful Aboriginal and non-Aboriginal people at Muurrbay and throughout coastal NSW.

There are so many Elders, language teachers and activists, artists, linguists and Aboriginal community members that I would like to pay my respects to, and to thank for putting up with me, but it’s impossible to mention everyone who I enjoyed working with and who I will miss.

Over the last ten years, the growth in the Aboriginal communities’ knowledge, use and pride in many of the languages has been inspiring, and to be a small part of that, will stay with me forever.   “Wunaa junaa yaarri yarraang, junaa ngiina nyaagu gangaa!” Don’t say goodbye, just say see you later!”   Anna left Muurrbay to sail the seven seas with her partner Gary on their ketch Zefr.

Muurrbay would like to extend their best wishes and thanks to Anna Ash whose dedication, friendship and leadership over the past 12 years’ in her role as Regional Coordinator. 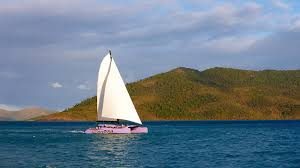